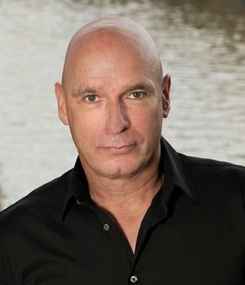 Real Name:
Aad De Mooy
Profile:
Alex Cortiz is the alter ego of Aad de Mooy, a key figure in the Netherlands's dance scene of the 1990s. From his cooker came D-Shake's 'Yaah/Technotrance', the first big international house hit from a Dutch artist (1990). In the same period de Mooy made several talked-about video clips (Kraze, Todd Terry) that were regularly seen on MTV. He then launched an international career: for his work as a DJ and in the studio as a techno- and trance-producer, he traveled yearlong around the globe.

As he traveled, his musical output broadened, as demonstrated in such projects as Flygang (old school disco) and Paradise 3001 (slow grooves/dub). The last two years have brought Aad de Mooy big success with his Cat Scanner project. Currently Cortiz and Perec are bringing down the house as lounge DJs. They can also be heard at various national and international festivals.

The new album from Alex Cortiz, 'Make Believe', is more that a logical follow-up to 'Moodfood', and once again it seems like Alex Cortiz is one step ahead of us. The album 'Make Believe' is more complete and grown that 'Moodfood' already was; it contains more funky-, soul- and dance rhythms.

Again Cortiz is supported by Xavier Perec (former DJ of the RoXY), one of the top lounge DJ's of the moment.

May 22, 2013
Around the millennium when 'lounge' music became tremendously popular Alex Cortiz together with Sven van Hees and Monte la Rue became the GPS of that genre. Though lounge doesn't quite fit the genre, it's more like chilled out deep house yet with strong and deep beats, addictive rhythms and melodies, and with jazz influences; it's lounge with a capital "L". Alex Cortiz (together with those two Belgiums) set the direction for Lounge. For me it started for Alex Cortiz with his album Moodfood (2000) which brought him to great Lounge heights but Alex truly became Lounge God with the albums Make Believe (2001) and Mesmerising (2002). He continued his Lounge directions with Magnifico (2004) (disc 1 containing all new tracks), but Phoenix (2005) and Lo Tek (2007) were quite different in style and pace and the Lounge journey seemed to have ended for Alex Cortiz.

Much to my surprise a dream came through when I found out Alex Cortiz rebooted himself and continues giving Lounge directions with Camera 707 (2011) and See Me Flowin' (2012). The style and quality of both albums are a true sequence of Make Believe and Mesmerising providing strong beats, catchy melodies and the typical Alex Cortiz sound he became famous for (well at least to me). It's not a step back of Alex at all, he simply continues where he left off and takes Lounge to the next addictive level.

He's given me so much daily joy with his wonderful tracks for more than a decade, I salute you Aad.