Information Did you mean the artist named 321? 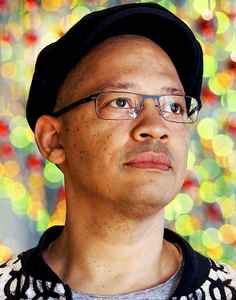 Head of the Good Looking Organisation of labels and artists. Widely acknowledged to be one of the leading figures in the genre of atmospheric or intelligent drum'n'bass.

Williamson started out playing house in the late 1980s and early 1990s, before setting up his Good Looking Records label and releasing seminal jungle tracks like "Demon's Theme" (1992) and "Music" (1993), as well as the popular "Logical Progression" series of compilations, amongst many other releases.

Maximum Respect ! with tunes such as Demon's Theme....Atmospherical Jubilancy....music..... bukem was envisioned atmospheric dnb many years before it was established ...he is a pioneer of the gerne....book em danno!

April 22, 2022
Bukem signed a lot of people's tunes and locked them away forever without any release and held up their careers in exploitive contacts. He'll get no respect or more money from me.

Danny Williamson is a musical Shaman. Healing vibrations - Beats for body and atmospheric effects for soul. These sounds changed my life and introduced me to a music I never knew existed way back when... I thought the psychedelic sixties and Indie was the be all and end all once, those genres are mostly too dense a frequency for me now compared to this inspirational genre

November 19, 2020
last year in Moscow he plays his mix on my turntables and after the party he left the signatures on both of. he's friendly! it was amazing time before pandemic lockdown...

November 15, 2020
Remarc, one of my all time idols and for me the king of the jungle released an album on Planet Mu, 'Sound Murderer'. Simon Reynolds a contributor to the early-to-mid-1990s UK magazine/compilation series Volume Magazine wrote a piece on the back of the sleeve which really sums up my views on the whole 'intelligent' Drum N Bass thing.

'People used to talk about 'intelligent' drum 'n' bass, but the tunes that ruled the jungalist dancefloor represented a kind of rhythmic intellect at its most penetrating and ferocious complex. Pure Science. No need for wish-washes of synth, pseudo-sophisticated jazz chords or embarrassing attempts at 'proper' songwriting. Just snare rushes, cyberskankin B-lines and some sparingly used vocal samples (ragga Boasts, gangsta threats and sweet diva licks). That's all it took to put you in jungle heaven.

The whole 'intelligent' way of making music felt very boring and all the tunes where drawn out to ridiculous lengths, there was no energy accompanying the music, it all felt so dry and boring.

February 5, 2014
I am looking for a particular song of LTJ Bukem's where much like the song 'Horizons', it has a old vocal backing which is quite legendary. It may not be one of his songs, but it is probably on one of his albums, and it goes something like this:
"You must be willing to accept the fact that pain is a part of the process of revelation. You have to be willing to take the field and stay on the field the way Duke stayed on the road".
If anyone knows, it would extremely helpful. Thanx guys.
See 1 reply

atlantis and the western tune oh yeah his bookworm track, after i start to get bored of his music, you can talk about deep and progressive it's ment to be often words used bukemites to try and convince you his music is somehow more spiritual more meaningful than anybody else s.

You cannot doubt that in the early 90's he was a legend a pioneer, i'd never try and take that away from him, i'd fight anybody tried say otherwise, but for me my OWN PERSONAL OPINION bukem commits the biggest cardinal syn as an artist, he shoeboxes himself into one style and stays in that comfort zone.

Making for boring music, the very core of his music is very much the same thing over and over, why not try a bit of piano? Hardcore? jump up? ragga? darkside? amen smasher? Tech step? clownstep even
anything but that boring wishy washy elevator music, that you've been creating for the past 21 years

Maybe he has over the years under alias maybe they sucked, but you know what i'd have given him alot more credit as one of the legends of jungle, at least he'd have tried something a bit different