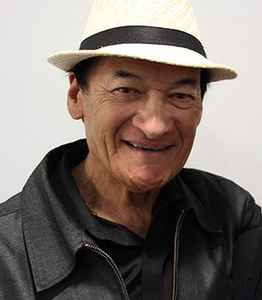 Profile:
Legendary Cook Island musician who recorded on the NZ Viking label. He was born on Aitutaki, an island in he Cook Islands group. As a youngster he would sing songs by Nat King Cole and Pat Boone. In the early 1960s, he moved to New Zealand. His brother got him a job as a concrete worker.

Crummer became well known in Auckland during the 1960s when the Polynesian music scene was popular, and fronted his own band, Will Crummer and the Royal Rarotongans, Some of the venues they played were The Orange Ballroom and The Reefcomber.

His recordings include an EP, "Rarotonga", released in 1962 and "Cook Islands Magic" the following year. He also released" Romantic Rarotonga" and "Love Songs of Polynesia". He played in Tahiti, and also in Hawaii. A Hawaiian promoter offered him residency and he played there for some time.. Later on he broke his contract for personal reasons an went back to New Zealand .

He is also the father of singer Annie Crummer.
Sites:
Wikipedia, elsewhere.co.nz
In Groups:
Will Crummer And The Royal Rarotongans
Variations:
Viewing All | Will Crummer
Crummer