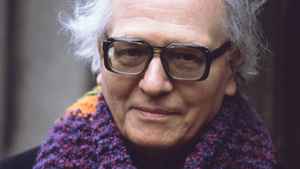 Olivier Messiaen was a French composer, organist, and ornithologist, one of the major composers of the 20th century.

He studied at the Paris Conservatoire (1919-1930) taught by Paul Dukas, Maurice Emmanuel and Marcel Dupré among others. He was eventually appointed as a professor at the Paris Conservatoire (1941-1978) while also serving as organist at Église de la Sainte-Trinité, Paris. It is apparent from his first published work of the eight Preludes for piano (1929), that he was using his own modal system, with its strong flavouring of tritones, diminished 7ths and augmented triads. During the 1930's he added a taste for rhythmic irregularity and for the rapid changing of intense colours, in both orchestral and organ works. Most of his compositions were explicitly religious and divided between characteristic styles of extremely slow meditation, bounding dance and the objective unfolding of arithmetical systems. They include the orchestral L'ascension (1933), the organ cycles La nativité du Seigneur (1935) and Les corps glorieux (1939), the song cycles Poèmes pour Mi (1936) and Chants de terre et de ciel (1938), and the culminating work of this period, the Quatuor pour la fin du temps for clarinet, violin, cello and piano (1941). During the war he found himself surrounded by an eager group of students, including Pierre Boulez and Yvonne Loriod, who eventually became his second wife. For her pianistic brilliance he conceived the Visions de l'amen (1943, with a second piano part for himself) and the Vingt regards sur l'enfant Jésus (1944), followed by an exuberant triptych on the theme of erotic love: the song cycle Harawi (1945), the Turangalîla, symphonie with solo piano and ondes martenot (1948) and the Cinq rechants for small chorus (1949). Meanwhile the serial adventures of Boulez and others were also making a mark, and Messiaen produced his most abstract, atonal and irregular music in the Quatre études de rythme for piano (1949) and the Livre d'orgue (1951). His next works were based largely on his own adaptations of birdsongs: they include Réveil des oiseaux for piano and orchestra (1953), Oiseaux exotiques for piano, wind and percussion (1956), the immense Catalogue d'oiseaux for solo piano (1958) and the orchestral Chronochromie (1960). In these, and in his Japanese postcards Sept haïkaï for piano and small orchestra (1962), he continued to follow his junior contemporaries, but then returned to religious subjects in works that bring together all aspects of his music. These include another small-scale piano concerto, Couleurs de la cité céleste (1963), and the monumental Et exspecto resurrectionem mortuorum for wind and percussion (1964). Thereafter he devoted himself to a sequence of works on the largest scale: the choral-orchestral La Transfiguration (1969), the organ volumes Méditations sur le mystère de la Sainte Trinité (1969), the 12-movement piano concerto Des canyons aux étoiles (1974) and the opera Saint François d'Assise (1983).
Sites:
oliviermessiaen.org, Wikipedia, britannica.com, rateyourmusic.com
Variations:
Viewing All | Olivier Messiaen | Messiaen
Messaien, Messiaen:, Messian, Messlaen, O Messiaen, O. Mesianas, O. Messiaen, O. Messian, O. Messiean, O.Mesianas, O.Messiaen, Oliven Messiaen, Oliver Messiaen, Oliver Messiaën, Olivier Eugène Prosper Charles Messiaen, Olivier Maessien, Olivije Mesjan, Мессиан, О. Мессиан, О.Мессиан, Оливер Мессиан, Оливье Мессиан, Олів'є Мессіан, オリヴィエ・メシアン, メシアン