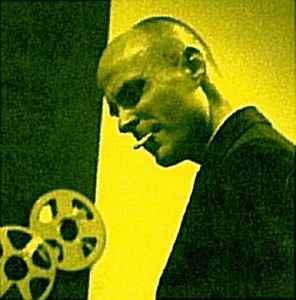 He studied psychology and art at the University of Minnesota, before studying painting and film and earning money by drawing cartoons for various newspapers. He moved to Hollywood In 1955 to work as an apprentice film editor, cutting picture and sound for animated cartoons. His compositional adventures began in 1958 after becoming a self-taught sound sound effects engineer while working as a recording engineer at Gotham Recording Studios where he started to experiment with musique concrète during long off-work hours.
Sites:
dockstader.info, Wikipedia, vimeo.com, ubu.com
Variations:
Viewing All | Tod Dockstader
Dockstader, T.D., TD