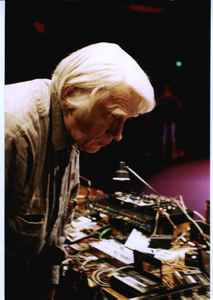 Tudor is particularly associated with John Cage, who wrote a number of compositions for him. He gave the premiere of Cage's Music of Changes, Concerto For Piano and Orchestra, and 4' 33".

He gradually focused less on playing the piano and more on composing his own works, which mainly involved live electronics. In 1992, he took over as music director of the Merce Cunningham Dance Company; many of his pieces were commissioned by Merce Cunningham.