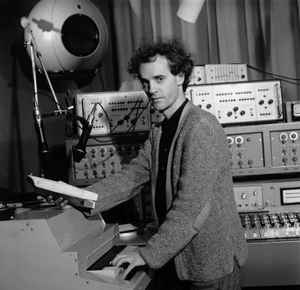 After leaving GRM in 1997, Bayle founded his own audio-numerical and multiphonic studio, the studio Magison, where he has devoted himself to research, writing and composition.
Magison serves also as a label to publish his own works on digital discs.
Sites:
francoisbayle.fr, magison.org
In Groups:
Groupe De Recherches Musicales
Variations:
Viewing All | François Bayle
Bayle, F. Bayle, F.B., F.Bayle