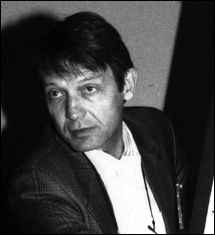 Real Name:
Jean-Claude Risset
Profile:
Jean-Claude Risset (born March 13, 1938, Le Puy, France - died November 21, 2016, Marseille, France) was a French composer of mostly orchestral, chamber, vocal, piano, and electroacoustic works that have been performed throughout the world; he was also active as a writer.

Jean-Claude Risset studied composition with Suzanne Demarquez and André Jolivet and piano with Huguette Goullon and Robert Trimaille. He also studied mathematics and physics at the École Normale Supérieure de Paris from 1957 and earned his Doctorat ès Sciences in 1967. He was later awarded honorary doctorates from the University of Edinburgh in 1994 and the Universidad de Córdoba in 2000.

Among his honors are the UFAM Prix pour Piano (1963), the Prix du Groupement des Acousticiens de Langue française (1967), a prize in the Dartmouth electronic music competition (1970, for Mutations), and the Bronze, Silver and Gold medals from the Centre National de la Recherche Scientifique in Marseille (1972, 1987, 1999). He has also received First Prize, Euphonie d'Or and the Prix Magisterium in the Concours International de Musique Électroacoustique de Bourges (1980, 1982, 1998), the Grand Prix SACEM de la promotion de la musique symphonique (1981) and the Golden NICA from Ars Electronica in Graz (1987). Recent honors include the Grand Prix National de la Musique (1990), the Grand Prix Musica Nova in Prague (1995), the Ars Nova Prize in Prague (1996), and the EAR Prize in Budapest (1997). In addition, he was named an Officier de l'Ordre des Arts et des Lettres in 1986 and a Chevalier de la Légion d'Honneur in 1989.

Jean-Claude Risset was also active in other positions. He worked with Max Mathews at Bell Telephone Laboratories, Inc. in 1965 and from 1967-1969, initially on brass synthesis and later on pitch paradoxes, sonic development processes and the synthesis of new timbres. There he also had important encounters with F. Richard Moore, John Robinson Pierce, James Tenney, Vladimir Ussachevsky, and Edgard Varèse. He worked at the Centre National de la Recherche Scientifique in Marseille from 1969-1972, where he has served as Directeur de recherche at the Laboratoire de Mécanique et d'Acoustique since 1985 and was named its Directeur de recherche émérite in 1999. He established the computer sound systems at the Faculté d'Orsay and the Université de Paris in 1970-1971 and served as chair of the computer department at IRCAM from 1975-79. In addition, he served as composer-in-residence at the Media Laboratory at MIT in 1987 and 1989.

As a writer, he has written many articles about computer and electronic music that have appeared in numerous journals and magazines, as well as the book An introductory catalog of computer synthesized sounds (1969, second edition, 1995, Wergo).

He taught at the Université d'Aix-Marseille from 1972-75 and 1979-85, where he established its computer sound system in 1974. He has also lectured in Argentina, Australia, Finland, France, Japan, and the USA.
Sites:
mac-texier.ircam.fr, Wikipedia, Wikipedia
Variations:
Viewing All | Jean-Claude Risset
J-C. R., J.-C. Risset, J.C. Risset, Jean Claude Risset, Risset