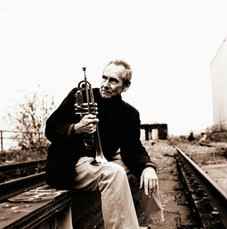 July 9, 2021
jon hassell is one of my absolute favorite musicians. ever since i first heard 'fourth world vol. 1 - possible musics' (especially the track "ba-benzélé"), i have immersed myself in many of his albums. he was something very special; and no one else has made music that sounds quite the same as his. he was an incredible music maker. i noticed from the post by 'mjb' below that hassell had "fallen on hard times" during the last year of so of his life. it is so sad to me that a musician of his caliber (like so many others) were not able to make ends meet after a lifetime of dedication and beautiful sound. pathetic...

June 26, 2021
Another legendary beautiful soul has departed this universe.
Leaving a legacy of immeasurable proportions and a hugely influential role in the world of music.
RIP, John.
Reply Notify me 12 Helpful

No one can get into ambient music without running across some Jon Hassell sooner or later. His music is always more than a bit "next level" for me, coming from an experimental jazz background, with very innovative use of trumpet. It borders on being "challenging" listening at times, yet manages to steer mostly clear of atonality, dissonance, and other experimental music clichés. His use of world music influences is thoughtful. Accompaniment, in the sense of simple chords and harmonies, is not in his repertoire; everything he does, whether minimal or dense, is a very deliberate soundscape and a true sonic journey.

That said, sometimes I feel the omnipresent trumpet as a lead instrument could have just been dispensed with; the man is sufficiently talented with every device in the studio, and not every piece ends up benefiting from the persistence of this one instrumental voice.

[edited to remove reference to Hassell falling on hard times; he has since died]

November 28, 2018
The Discovery of the Fourth World

From time immemorial the trumpet has been a signal and military musical instrument and for a long time was reserved only for the rulers. One could say that it is the instrument of power par excellence and so it is not surprising that e.g. in jazz one has distinguished himself the most, who has quasi machismoed with it: Miles Davis. I'm a big admirer of Miles Elektrik-Jazz der 70' and Jon Hassell states on his website that 'Bitches Brew' was one of his great inspirations, which is perhaps most expressed on his first album 'Earthquake Island'.

However, I believe that Jon Hassell founded the only serious alternative trumpet school that could prove a contrasting independence next to the power style of Miles. The transfer of the Indian classical vocal style to the trumpet - an extremely idiosyncratic step - combined with an extremely soft and 'wet' blowing technique brings the sound of Hassell's trumpet very close to that of the conch horn. But in combination with the electronics of the Eventide Harmonizer used since the late 70's, a unique, unmistakable and highly aesthetic sound texture has been created, which has not only become Hassell's trademark, but has also placed the trumpet itself in a completely new field of application.

So much for the sound. Is it any wonder, then, that the 4.World series was the starting point for a stylistic novelty? Mortimer's 1924 film soundtrack of 'The Thief of Baghdad' may have been one of the earliest successful attempts of 'Exotica'. Denny and Esquivel may have pushed him to the top in the 50' and already (Free-)Jazz, Psychedelia and Bollywood(!) may have done a real ethnological exploration from then on. But what you get to hear at Hassell is probably the most consistent electronic processing of traditionally rooted music ever created. It goes far beyond the usual reception as it has been done on Eno/Byrne's 'My Life in the Bush of Ghosts', - it is simply about the discovery of a new planet in the musical system, the 4th world! Only very few settled in the course of the 80' on this world, Sussan Deihim & R. Horowitz with 'Azax Attra' for instance and 'Lights in a fat City' with (and only with) 'Somewhere'.

Later David Toop, Steve Roach and Lázlo Hortobági (with his ECM album) may have explored this direction, while the Nordic jazz scene with Petter Molvaer and Arve Henriksen has produced two real trumpet students from Hassell. It may be, that in the Asian- and Oriental Underground styles from the mid 90's onwards there were purely formal points of contact and overlaps, but either the reference was made by people of cultural origin or mainly purely receptively (if not exploitively) and in most cases, of course, without a pithy lead instrument like Hassell - from the jazz point of view - leads it into the field. In other words, even if Jon Hassell took other (no less interesting) paths from the 90' onwards and only in the 10' years fell back on his 'ethnomixtures', the world he explored is still underpopulated in the music universe after almost 40 years(!)! Unbelievable! So someone has renewed an instrument tradition, produced a new style and created a new music aesthetic and is perceived for decades by the music world only as a figure on the edge!

Once again: the world has always had a hard time with exotic futurists with a pronounced sense of genius! But Jon Hassell undoubtedly deserves the place of a great inspirer and innovator of the musical avant-garde of the last third of the 20th century! And in the front ranks! No more and no less!

No comments or reviews here? How come?
For me Jon Hassell is one of the greatest musicians I ever had the pleasure to listen to. When I heard the 1980 Forth World LP (with Brian Eno) I was hypnotized by this strange 'flanged' trumpet sound in combination with highly percussive worldbeat ensembles. Since then I've listened to most of JH's records. In the 80s the music is more slow jungle, like walking through muddy water, in the 90s it gets more poppy, sometimes slightly overproduced. The City Works Reissue 2015 is fantastic, makes me write this.