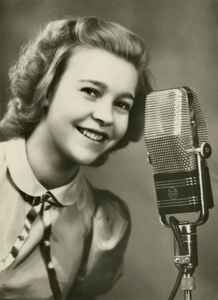 Her first recording was the song Joddlarflickan on 25 April 1939. She formed the jazz trio The Swe-Danes in 1958. The same year she was the first Swedish contender in Eurovision Song Contest and finished fourth. In 1972 she was appointed court singer, and in 1974 she became a member of the Royal Academy of Music.