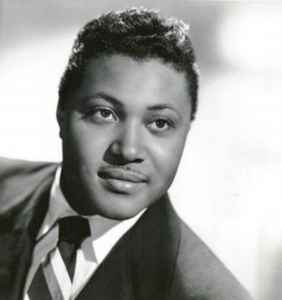 Do not confuse with Amos Milburn Jr., who is not the same person nor a relation.

Born in Houston on April 1, 1927, he began developing his talent at an early age. When he was five years old his parents rented a piano for his sister's wedding, and in less than a day young Amos had taught himself to play "Jingle Bells." His parents enrolled him in piano lessons, but Milburn jumped ahead by lingering outside local taverns and juke joints and imitating what he heard. In 1942 he lied about his age to enlist in the United States Navy. He spent just over three years in the Pacific Theater, where he entertained troops with his lively piano tunes. Milburn began recording for Aladdin on September 12, 1946, releasing "Down the Road Apiece" which preceded the imminent rise of rock & roll. In twelve years he recorded about 125 songs, most of them arranged by saxophonist Maxwell Davis. Alcoholism later brought the pianist down, giving his songs that celebrated drinking a grimly ironic twist in retrospect.