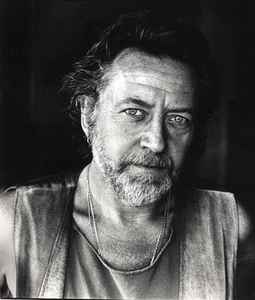 In 1975, Lundell debuted with the LP Vargmåne. In 1976, his first novel, Jack, was released. Since then he has been very productive with a continuous flow of records and books. In the 1980s, Lundell made a big splash with the song "Öppna landskap", a song that was proposed as the new national anthem.

Lundell has been influenced by musicians such as Bruce Springsteen, Bob Dylan, Neil Young and writers such as Jack Kerouac, Allen Ginsberg and others from the beatnik movement. He has also had a great influence on the Swedish music scene, including on singer-songwriters such as Lars Winnerbäck, David Urwitz, Rolf Carlsson and Tomas Andersson Wij.
Sites:
ulflundell.com, Wikipedia, Wikipedia
Variations:
Viewing All | Ulf Lundell
Lundell, Lundell, Ulf, U Lundell, U. Lundel, U. Lundell, Uld Lundell, Ulf, Ulf Lundel