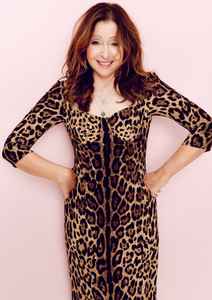 Real Name:
Βασιλική Παπαθανασίου (Vassiliki Papathanasiou)
Profile:
Vicky Leandros is the most successful international singer from Germany. Her career began in the 1960s and continues to this day. As an exceptional talent, Vicky Leandros is in her own category right from the start. Her songs and chansons are both a cultural asset and a zeitgeist. Vicky Leandros works musically exclusively at the highest level and can thus maintain her artistic quality for decades. Vicky Leandros turns hits into chansons.

Thanks to her international roots, Vicky Leandros saw herself early on as a musician who is at home not only in Germany and her birthplace Greece, but all over the world. It connects generations and cultures. In 1972 Vicky Leandros won the “Grand Prix Eurovision de la Chanson” for Luxembourg with her signature song “Après toi”. It is the birth of a world star. Vicky Leandros releases more than 400 albums in over 50 countries. This makes Vicky Leandros the most successful German-speaking artist of all time. It sells over 55 million records and celebrates successes in Japan, the USA, Canada, South Africa, Holland, Belgium, France, England and many other countries. With her music, which is always characterized by its multilingualism, Vicky Leandros overcomes borders so effortlessly.