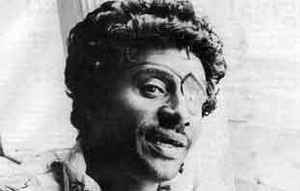 Real Name:
James Carroll Booker lll
Profile:
Versatile American pianist, born 17 December 1939 in New Orleans, Louisiana, USA, died 8 November 1983 in the same city.
In the 1950s he recorded rhythm & blues, but had a much broader musical spectrum that included pop songs, the theme from The Godfather, and renditions of Chopin waltzes. Through most of his life he had drug problems, serving several prison sentences due to it and losing his left eye because of it in 1973.

October 29, 2020
No review on James Booker ... the man was a genius at the piano.
Reply Notify me Helpful