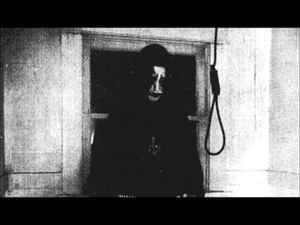 Profile:
Xasthur was formed in the US in December 1995 by Malefic. A few rehearsal tapes were made and members were kicked. In 1999, after more were kicked out, Malefic found a person called Mike. They did a split MCD with Orosius. Mike handled drums and vocals while Malefic took care of guitar and bass, but due to lack of funding and only 20 minutes of recording it was not worthy of being distributed. After that incident Mike left.

In 2001 Xasthur became a one-man project.

On August 28th, 2009, Malefic announced that he would release albums on his own label called Disharmonic Variations, and Xasthur will never release split releases anymore.

On March 26, 2010, Malefic announced that "Portal of Sorrow" would be the final Xasthur release and that his next project would be outside the metal genre.

In 2015 Scott announced that the name Xasthur will be used for his new acoustic project.

February 27, 2016
I have Telepathic With The Deceased on 2xLP yellow vinyl. can't find it listed amongst the pressings. is this a legit release that i have or a bootleg?
Reply  See 2 replies Notify me 1 Helpful