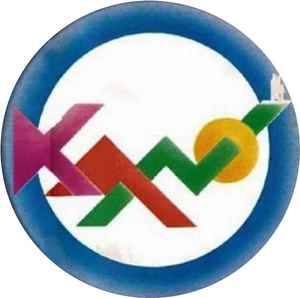 Based in Italy, it was led by producers, songwriters and musicians Luciano Ninzatti (guitars), Stefano Pulga (keyboards), and Matteo Bonsanto (producer), often with deep r'n'b vocals from Glen White.

Although Kano is considered the starter of italo-disco by many, it also served as a bridge to electro and breakdance later in the 1980s.

I'm glad to know about italian funk and italo-disco roots: KANO!! all 3 albums are the hottest and gives you ecstasy. I am still jamming. Oh forgot to say, brand new record "No Cents.... Go Funky" will be released on 24 September. Let's go to goodymusic site.

May 3, 2020
One of the first groups to defined the sound of the italo disco genre.

January 24, 2018
Why is this group accredited to Glen White in the way that it is here? Surely the 'real name' tag should go! Glen was not on the first Kano LP at all! I was going to edit the artist and change this here but I see that there seems to have been some discussion/lots of changes/ re-changes and voting that has gone on around this issue. Glen will always be associated with his time with Kano and marketed himself following the break up of the group as 'Glen White is Kano' but I feel it is grossly unfair to the other group members that he should in effect be displayed here as the group.

Kano, being one of the real supergroups of Italo Disco, were some kind of pioneers when they relased their "Kano"-LP back in 1980. The notorious bassline of "I'm ready" has been sampled countless times, as well as lots of their other tracks. They weren't really stuck in this messy Italo Disco thing, their sound with a touch of electro was adopted by the b-boy scene and entered dancecharts and even pop-charts around the globe, peaking at #10 in Germany with "Another Life" in 1983.