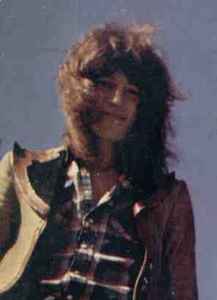 Real Name:
Steve Bolton
Profile:
Steve Bolton (born 8 November 1949 Manchester, UK), also known as "Boltz" Bolton, is an English rock musician (Guitarist) who, since the start of his career in the 1960s, has played guitar on video, film and television and recorded as well as toured with a number of well-known artists.