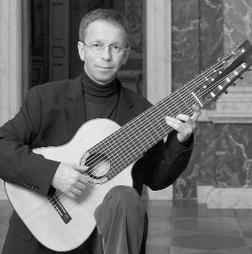 Söllscher had his breakthrough in Paris in 1978 when he won the French radio guitar competition, and is considered one of the world's leading guitarists. He is known for playing baroque music (by, among others, Bach) transcribed onto the 11-string alto guitar designed and built by Georg Bolin.