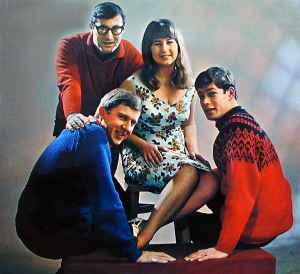 Profile:
The Seekers, as we know them, were formed in 1962, when Judith Durham, a young jazz singer, met Athol Guy, who sang and played bass in a folk trio called The Seekers with Bruce Woodley and Keith Potger. Judith was invited to join the boys that night, in a coffee bar in South Yarra (a suburb in Melbourne, Victoria, Australia) called the Treble Clef. The trio went through their repertoire, and Judith joined in and improvised, creating the distinctive sound which would bring them so much success over the next few years.