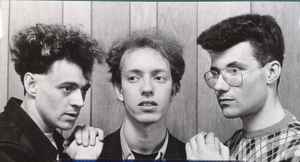 September 23, 2009
Click Click is not definable. Adrian and company never themselves fit into one viable category. From their seminal post-punk beginning to their extraordinary and influential electronic releases and ultimately their dub-house recordings, Click Click has stood in a class only they understand themselves. The music bleeds stories in ways that only can be explained with a listen. "Moist" from 'Bent Massive' (C)1989 has guitars that screech like cats imbibing the fear of cats story line. "Headf*ck" from 'Rorschach Testing' (C)1988 has a middle eastern vibe that keys in suddenly in between verses and the line "never know where you are with me" just leaves you in a place of being somewhere else. The entirety of 'Shadowblack' is ultimate listening with a great pair of noise-cancelling headphones. 'Lung Function' is a great remastering of some singles but it is missing some phenomenal tracks. 'Party Hate' re-release is a hint of amazing things to come!
Reply Notify me Helpful

Click Click is considered a cult band in the world of ebm/industrial electronic music. Their style is very unique & difficult to describe due to the originality of both the music itself and the vocals. Their truly in no other band in the world that sounds remotely close. While their music does'nt fit into the normal traditions of either industrial or ebm it does somehow leave you with the feeling you get when listening to either of the genres. The only description I can offer on the music of Click Click is deep , dark , sexy and spiritual. Adrian's vocals & style of projection are cream of the crop. They hit with a very high level of emotional intensity leaving the listener with many deep thoughts about life and often leaving me with many goosebumps all over my body. Their music is deep & sometimes quite gloomy but yet can be uncannily spiritual at the same time. The combination of vocals & music create a perfect atmosphere of harminization which will surely induce deep thoughts. I can honestly say the music of Click Click has torn straight into my soul like no other electronic music band before. Perfect music for self reflective moments. My favorite releases are Wet Skin & Curious Eye ,Rorarsach Testing & Rage I Melt. How deep can you get?