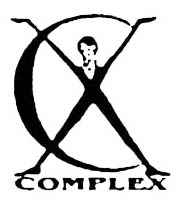 Profile:
The Cassandra Complex was formed in Leeds, England by Rodney Orpheus, Paul Dillon and later journalist Andy Booth, and released their first single "March" in 1985. Rodney Orpheus later relocated to Hamburg, Germany where he was joined by guitarist Volker Zacharias, who has remained with the band ever since.

Over the years, the band's sound has included elements of EBM, industrial, goth rock, new wave and synth-pop.