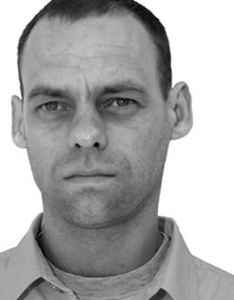 Real Name:
Andy Turner
Profile:
From Grand Central Website:
"Aim is one of the original members of the Grand Central roster and was discovered by Mark Rae back in the old days when Mark was working behind the counter of Fat City Records. The Barrow based beat-smith often made the journey down from the Lakes in the search of new records that couldn't be found in his resident hinterland.
Not only keeping abreast of current hip hop, Aim scoured many charity and thrift shops robbing them of any old stuff that he could in turn use as 'breaks'. Working from his bedroom on an old Amiga, he spend the early hours of the morning churning out soulful funky instrumentals that charmed Mark Rae so much that was invited to join forces virtually on the spot.

One of his most famous tracks on stunt hero Evil Knievel (Original Stuntmaster) came from a 7" interview disc that he found on a car boot sale one Sunday morning; coupled with an old Bobby Womack guitar sample, it is still a timeless classic that has seen a trademark use of film snippets - films being his second love.
He has always been one of the most popular artists on GC with all his early work (Pacific North West EP, Soul Dive and Loopdreams EP) completely sold out and the subject of many internet vinyl junkies disappointment."
Sites:
aticrecords.com, web.archive.org, MySpace
Aliases:
Andy Turner (2)
Variations:
Viewing All | Aim
Aim UK

September 8, 2021
I only discovered Aim because my bro bought Tony Hawks skateboarding game for the Playstation 1 back in 1999 (ish) and 2 of the tunes off Cold Water Music were used in it - "Ain't Got Time To Waste" and "The Force" I do believe. It was so awesome when I patched the 2 together and realised. I've always enjoyed downtempo music with roots very entrenched in Hip Hop and as I dabble here & there with downtempo sounds and ideas myself, I would cite Aim as a major influence, superb in every aspect :)

May 11, 2002
Fats beats are the essence of good downtempo music.For me, the best songs of the genre are the ones which have me nodding my head in satisfaction, whether I'm dropping the needle in the groove or just walking down the street. When I first heard Aim's remix of Statik Sound System's 'Amazed by you', I found myself feeling something much deeper. It affected me as much as favourite works by Prince, Joni Mitchell, James brown or the Beatles. It swept me away

It's been a long two year wait to hear how a full length Aim record would sound. To my relief and delight, and despite much high expectations, I am not in the least bit disappointed.

Having been a fan of Hip-Hop since its beginning, and of the downtempo genres which have grown from it, much of my time has been spent digging deeply for fat grooves and beats. Artists like Aim are the reason I keep at it. They take the basic concepts of breaks and finky sounds, and make it fresh. That said, there are tunes on 'Cold water Music' which transcend the genre, containing not just beats, cuts and sampled loops, but all sorts of original sounds which grab and stretch my ears. from the harp of the title track to the epic and ominous choral vocals of 'Demonique',(a song which frightensme to my core - don't listen to it alone in the dark) to kate Rogers' chilling singing on of 'Sail', Aim uses unique and emotional elements in ways that I have never heard before.

'Cold Water Music' is an album of sometimes sweet, sometimes gritty, but always deep beauty and unlike most music out there today, it makes me feel. When I drive with Aim in the tapedeck, the view seems somehow deeper and richer. His is my music for the sun setting behind the green mountians fo Vermont.