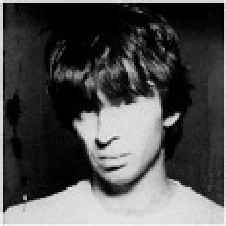 Real Name:
James Eller
Profile:
London-based bass player and producer. Grew up in a very musical family and developed an interest in the bass after hearing John Paul Jones. Punk rock's 'do it yourself' attitude had a big impact, ".... making it seem completely possible that I could be a musician". Moved to London in 1978 and soon joined The Boxes (the band of producer Clive Langer, quickly building a good reputation as a dependable, tight studio musician in the post-punk scene. In 1986 he joined the Julian Cope touring band for a few years. He was a member of The The from 1988 till 1994. Subsequently an in-demand session bassist.
Sites:
jameseller.com
In Groups:
Adult Net, Bette Bright And The Illuminations, Clive Langer & The Boxes, The The
Variations:
Viewing All | James Eller
Eller, J. Eller, J.Eller, James "Blood" Eller