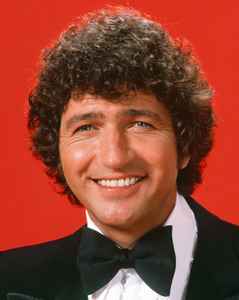 He was responsible for one of the biggest hits of Elvis Presley, "In The Ghetto", (although he wrote that under the pseudonym Scott Davis, using the given name of his son during a short timespan to avoid confusion with songwriter Mack David) and "A Little Less Conversation". He was a prolific writer of songs for Dolly Parton, Kenny Rogers and Bobby Goldsboro, amongst others.

He graduated from Lubbock High School in Texas and attended Emory University and Georgia State College. During this period, he formed his own rock band and performed on the Atlanta night club circuit while cutting a few singles which included "Honey Love" (1963) under the Vee-Jay label with who be became a regional manager. Davis made a name for himself in the industry, initially as a writer of several songs recorded by Elvis Presley, among them "A Little Less Conversation" (1968, along with Billy Strange) "In the Ghetto" (1969) and "Memories" (1969, also with Billy Strange), prior to going on to a successful career as a solo artist. After signing a contract with the Columbia label, he earned a gold record with "Baby, Don't Get Hooked On Me" (1972, which achieved a number one placing on the charts) and had further Top 20 hits with "One Hell of a Woman" (1974), "Stop and Smell the Roses" (1974) and "Rock N' Roll (I Gave You the Best Years of My Life)" (1974). He hosted his own television series "The Mac Davis Show" (1974 to 1976) and appeared in several films among them "North Dallas Forty" (1979), as well as other TV programs. He was honored with a star on Hollywood's Walk of Fame in 1998 for his work as a recording artist and in 2006, he was inducted into the Songwriter's Hall of Fame. He died from heart related issues.

July 17, 2015
I think, there is something wrong with the description of this artist.
Real name is Morris Mac Davis. Scott Davis is one of his sons!
Please correct this. See: en.wikipedia.org/wiki/Mac_Davis
Reply Notify me Helpful