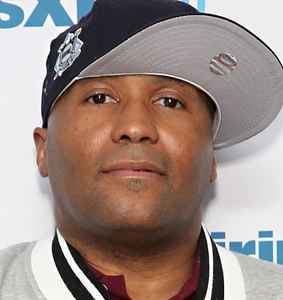 Real Name:
Keith Matthew Thornton
Profile:
Dr. Octagon is a persona created and used by American rapper Keith Matthew Thornton, better known as Kool Keith. First appearing on Thornton's 1996 debut solo album, Dr. Octagonecologyst, Dr. Octagon is an extraterrestrial time traveling gynecologist and surgeon from the planet Jupiter. Thornton performed and released two albums under the alias. The character was murdered by Dr. Dooom on Thornton's 1999 album First Come, First Served, and was briefly revived before once again being killed on Thornton's 2008 album Dr. Dooom 2, in response to the release of The Return of Dr. Octagon, an album largely produced without Thornton's involvement.

Thornton and KutMasta Kurt recorded two songs under the alias Dr. Octagon, "Dr. Octagon" and "Technical Difficulties." Thornton mailed the songs to radio stations as a teaser, as well as giving copies to several DJs, as well as producer Dan "The Automator" Nakamura, resulting in the production of Dr. Octagonecologyst. The album was recorded in Automator's studio in the basement of his parents' San Francisco home. Dr. Octagonecologyst featured the work of turntablist DJ Qbert and additional production by KutMasta Kurt. An instrumental version of the album was released under the title Instrumentalyst (Octagon Beats). KutMasta Kurt later pursued legal action against Automator because Kurt's demos had initiated the project.

In 2002, Thornton announced The Resurrection of Dr. Octagon, a proposed sequel to Dr. Octagonecologyst, that would reintroduce the character. Los Angeles-based producer Fanatik J was chosen to create the music for the album. s production on the album was underway, Thornton had a falling out with Fanatik J over contract rights, and the One-Watt Sun production team was hired to create the album's music. After completing three vocal tracks with the label, based upon rough sonic themes created by the production team, Thornton had a falling out with the label, and gave the label recordings he had made two years previously, consisting of Thornton rapping and goofing off, in order to complete his contract. The resulting album, The Return of Dr. Octagon, was largely produced without Thornton's involvement, and did not resemble the direction Thornton had initially intended for the album.

although the album in 1996 the project/"band" Dr. Octagon struck as lightning in a bottle and pretty revitalized Keith's career and cast him as an icon in many indie circles and gave Dan The Automator a starring role as a prolific producer in hip hop/rock circles soon after, There is a lot of stories concerning why it took so long to do a proper follow up to Dr. Octagonecologyst. Numerous stories explained although the project originally started between Keith and Kutmasta Kurt and Sir Melenik in around 1994, DTA caught wind of the project as he let Kurt and Keith use his studio, inserted himself into the project and the after the release of Octagon he cut Keith was cut with royalties, not to mention effectively removing Kutmasta Kurt and Sir Melenik on the project. further negativity would sour the project although it was a critically acclaimed album by the press. as they were supposed to perform as a "band" in 1997 for Lollapalooza Keith mysteriously disappeared (it was explained he was contracted for work in Europe, which explains why he appears on Prodigy's Fat of the land album) and Dan was ready to replace him with J-Live and Sadat X. the performance never happened, which led most people believing the partnership of Keith and Automator had come to a close.

As the success of the project continued to swell throughout the years, It seems after all the subliminal jabs Keith has made about the success of the project over the years with his Dr Dooom and various interviews against it the project, it seemed for a short while the problems were patched up with the follow-up album "Moosebumps," but yet again a private fallout possibly over ownage of the Octagon name resurfaced after the remixed version of the album was released.

June 7, 2003
You can here Dr.Octagon get shot by Dr.Dooom (another of Keiths aliases) at the start of his 'First Come, First Served' LP on Copasetik. The story goes that Keith got fed up with all the licensing/remixes and general success of Dr.Octagon and decided he had to kill him off and re-invent himself as a darker more underground character, and Dr.Dooom was born.
Reply  See 1 reply Notify me 6 Helpful