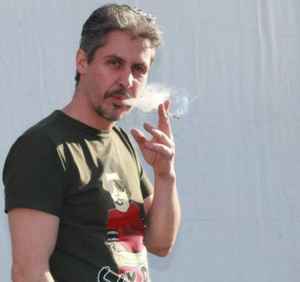 Real Name:
Olivier Jean-Jacques Adams
Profile:
One of the most successful and well known producers of the late New Beat and Belgian techno era, he, along with Maurice Engelen (Praga Khan/Somora) and Nikkie Van Lierop (Jade 4U/Miss Lie) - collectively called M.N.O. - was behind Digital Orgasm and Channel X, whose "Rave The Rhythm," ended up on the motion picture soundtrack of "Basic Instinct," (the movie). The trio's biggest success was Lords Of Acid.

He was part of a huge number of other New Beat, Hard Beat and Belgian techno acts with Jade, Praga and others in various combinations. He also founded 2 Fabiola with Pat Krimson.