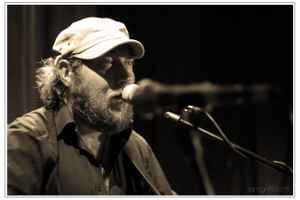 Profile:
Originating in a village in the Mourne Mountains called Hilltown, Matt has made his stamp on the Northern Irish music scene and further afield. In 2008 Matt released his E.P. 'Double Bed & Other Wee Tunes' which opened many eyes to his song writing capabilities.

In 2010 he released his debut album, a much more mature and personal work, titled 'Livin'. Recorded with some of the North's finest musicians and featuring contributions by Anthony Toner and Mickey Raphael (harmonica player for Willie Nelson), this album should set Matt right up there as one of Northern Ireland's finest songwriters.
Matt relishes any chance to perform live and in 2009 he supported Dave Gerity (BellX1), Kelly Joe Phelps, Foy Vance, Kila and Brent Mason to name a few. Also check out the website www.mattmcginnmusic.com for video and audio of T.V. and other live appearances.

Having travelled the world backing major artists, it was the release of his second album in 2015, 'Latter Day Sinner' that truly stamped his authority as a songwriter and performer. His perspective on music and the industry was changed forever with a trip to Nashville in 2014, penned his 2016 single 'The Long Way' with songwriter and Grammy Nominee, Kim Richey