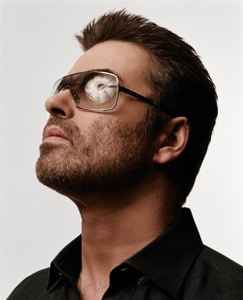 December 29, 2016
Currently listening to 'praying for time'.i must have listened to this song many hundreds of times over the years and it's the one which screams of George's immortality.nobody,and I mean nobody,could have delivered the message of this song better than this great man.thankyou for everything George,your place in history is assured.❤
Reply  See 3 replies Notify me 4 Helpful

December 28, 2016
We'll never forget you George... ♥
Thank you for your music and all the years with you. You was a very great artist. One of the best !
Reply Notify me 2 Helpful

December 26, 2016
Sad sad sad Newsa :-(
George Michael was an amazing Artist, Singer, Human.
He provided a lot of Songs to the Soundtrack of my Life.
Rip and Thank You! You are loved and will be missed.
Reply Notify me 1 Helpful

He had voice for all music: jazz, pop, soul, dance, house, etc...
I grew up with his all sounds and my favorite albums are "Faith" and "Listen without prejudice".
Thank you so much for all.

December 26, 2016
George Michael, truly one of the most underestimated singers. 'Too Funky' 1ne of his best jams, video and lyrics of this song is great http://lyricsmusic.name/george-michael-lyrics/
Reply Notify me 1 Helpful

December 26, 2016
R.I.P. George. Thanks for all. Thanks for excellent and beautiful songs and music. And thanks for 3 great concerts.

December 26, 2016
Thank you for those wonderfull songs. This year was your last Christmas. For your fans there will always be a Last Christmas
Reply Notify me 1 Helpful