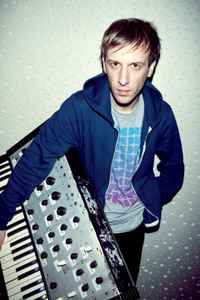 Real Name:
Marijus Adomaitis
Profile:
Lithuanian DJ/Producer born 19 January 1983. Adomaitis received a classical music education, studying bassoon at the music faculty of the Lithuanian Academy of Music and Theatre in Vilnius, and then music technology at the Chair of Audiovisual Arts of the Faculty of Social Sciences, Humanities and Arts of Kaunas University of Technology in Kaunas.

After scoring a UK top 10 hit in September 2014 with "Walking With Elephants", Ten Walls made international headlines in June 2015 due to an extended anti-gay rant posted on Facebook, comparing homosexuals to paedophiles and calling them "the other breed". As a result, several festivals dropped him from their line-ups and his single "Sparta", about to be released, had its physical pressing cancelled. Ten Walls later issued a formal apology for the incident and resumed releasing music under this alias in 2016. Despite his first post-controversy release being the single "Shining", released through Lithuania's national LGBT rights organization and featuring transgender singer Alex Radford, his presence at certain events and festivals has continued to receive criticism.

November 1, 2020
Art transcends human weakness. There are a lot of political correct artists who's music i would never play because it doesn't appeal to me. There are also child molestors who made great music like Michael Jackson and R Kelly. It doesn't mean that bad behaviour should be accepted, it simply means that there is nothing wrong with enjoying a great work of art however bad the person who made it behaved as a human being. Is it understandable that artists who behave badly get banned in one way or the other? Yes. Therefore it's best to stay away from social media as an artist with questional behaviour or opinions. If Ten Walls never opened a stupid facebook account we all would be enjoying his great music. But he did and that was his mistake. He only has himself to blame.

November 1, 2020
Art transcends human weakness. There are a lot of political correct artists who are very kind to homo's and transgenders who's music i would never play. There are also child molestors who make great music like Michael Jackson and R Kelly. This doesn't mean that this behaviour should be accepted, it simply means that there is nothing wrong with enjoying a great work of art however bad the person who made it behaved as a human being. Furthermore it's best to stay away from social media as an artist or even for everybody. If Ten Walls never opened a stupid facebook account we all would be enjoying great music without the gossip.

October 19, 2020
These reviews made in 2015 sucks. Marijus Adomaitis is a great producer. My first contact with his music were in 2013 – with the super dope "Red Line" song (released under "Mario Basanov" alias). Later, in 2014, he released some my favorite tracks:

* "Requiem EP"... What a gorgeous EP! My favorite song in this EP is "Mongol" – those Arab melodies and cassete-like mastering were unique!
* "Stand Still (Mario Basanov Remix)" from Flight Facilities: I listen to it until today. Much different than the original song. So fresh!
* "Walking With Elephants", of course – that orchestral harmony and melodies are so cool!

After that I started to follow Adomaitis and all his aliases on Spotify, and I've listened to other great gems that I found from him: almost all his discography!

For those who are part of the cancellation culture shit and published dishonest reviews here, listen to the uplifting "Like a Child (feat. Athena Radford)". Is a song that Adomaitis released in 2012 (before that controversy) featuring a transgender, now called Alex Radford (search for "Shining - feat. Alex Radford", Ten Walls released it in late 2015).

And I agree with sflux comment here: Marijus Adomaitis is a musician, not a social scientist or intellectual. I listen to his songs as I listen to Pink Floyd songs, a left-wing band. If your political views doesn't let you to listen good music, you are not free. You are far from it.

June 20, 2015
He is a musician, not a social scientist or intellectual. good musicians are quite stupid and inarticulate, actually -- by virtue of their main preoccupation -- when it comes to opinions other than related to music. give him a brake already. myself, I just recently learned that atoms do not exist in the same sense tables and chairs do. they are theoretical constructs -- pure and simple, invented to explain certain shit otherwise unexplainable. yeah, crucify me for this. starve me to death.
See 2 replies

June 12, 2015
There's nothing special about Ten Walls. His music is very standard house, there's no ground breaking sound here. There is little in the way of experimentation in what I've heard from him so far. That's just my opinion and I must say that this part of my opinion is not influenced by his recent comments on homosexuality, which I suspect has led to his reviews section getting so busy these past few days, I felt like this the first time I heard Walking With Elephants. I'm more of a Drum and Bass man myself but I do appreciate House from time to time. When S.P.Y's bootleg first cropped up on Radio 1's D&B Soundclash, I far favoured that over the original. S.P.Y had managed to turn a mediocre song into a club banger. Some level of interest actually made me listen to more of Ten Wall's work, just to see if there was anything interesting that I may not have already discovered. This was not the case.

The other part of my opinion is completely influenced by his abhorrent comments recently about Homosexuality. Reflecting on his comments, I was quite angry to hear what he had said, and how he had completely disregarded how close the connection between early electronic music and gay culture actually was. Regardless whether he was thinking straight or not, anybody who says these kinds of things clearly doesn't appreciate that history. I'm very glad that the major festivals dropped his appearances. We teach our children that for every action there is a consequence, why should it be any different for someone in the spotlight, albeit a flickering bulb in his case?

I do hope while he's watching Creamfields's live stream this year, and a different DJ is playing his slot, he will think long and hard about the consequences of his action and above all how important it is to respect everyone in this world, no matter their creed or colour.

June 8, 2015
i never knew this guy was also Mario Basanov....what a shame. Although his Ten Walls material was obviously for the newbs......his MB releases were super solid IMO. Very sad.
See 1 reply

June 8, 2015
I went to see his show in Edinburgh in March. Was really stoked to see the guy. In the middle of the set somebody threw a drink on him and he stopped playing and just left the stage. Everyone was confused and the staff told us that they didn't know if he'd come back. He did come back after like 10 minutes after he had changed his clothes, and, naturally, everyone was booing at him. Apparently, he felt disrespected by the crowd and was considering not to finish the set. However, he did, and he did that half-arsed. Truly surprised at what a diva he is. I rarely go to see live shows, but this one was quite a disappointment. I was hoping that the incident was just a huge misunderstanding between the artist and the audience. I wanted to believe that a guy like him wouldn't be such an idiot, but his recent anti-gay rant really showed his true colours. And it's a shame, really, cause I do like his music.
See 1 reply

This guy has serious issues regarding his views on homosexuality; he is basically a homophobe. Clearly doesn't have a clue what house music is about or that it is heavily intertwined with gay culture from the offset. Quite sad to see electronic artists make a living of music that is so much influenced by gay artists and be so flippant and ill informed over it.
http://www.mixmag.net/read/ten-walls-has-been-called-out-for-making-a-homophobic-outburst-news
http://www.groove.de/2015/06/08/ten-walls-homophober-facebook-post-loest-proteststurm-aus/