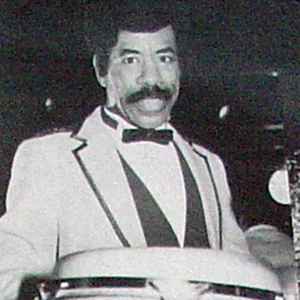 John Griggs was born on October 29, 1939 in Newark, NJ. At a very young age John developed a strong love for music of various types. John accepted Al-Islam as his religion in early 1960.
Later he began playing at night clubs in Newark and New York. He was called the ‘Master of Percussions’. One night at the Apollo Theater some musician mentioned John to James Brown. James Brown told him, “I like the way you play. Go home and get your Congo drums”. He told the band we ourselves a Congo player. He toured with James Brown all over the world for 26 years.
In Groups:
The J.B.'s, The Jungle Band
Variations:
Viewing All | Johnny Griggs
Griggs, J. Griggs, J.C.Griggs, J.Griggs, John Griggs, John W. Griggs