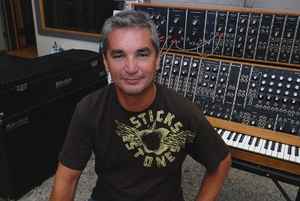 Profile:
AKA as Gary O Adante.

Beginning his career in 1972 as a staff engineer for Record Plant, Los Angeles, Gary worked his way up to become co-producer / chief engineer for Stevie Wonder from 1975 to 1990. Since 1990, as a founding partner in Noisy Neighbors, Gary has been one of the driving forces in music and sound-design for hundreds of projects from film and television to video games.