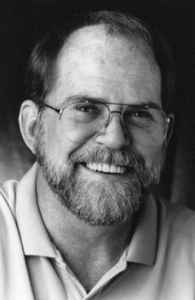 Reynolds began writing songs while studying at Rhodes College in Memphis, where one of his classmates there was Dickey Lee. Lee soon became a co-writer and they penned a regional hit "Dream Boy" together. The two became friends with Jack Clement, who was an engineer & producer for Sun Record Company at the time, and followed him when he moved to Texas to establish a recording studio. During this period Reynolds and Lee wrote "I Saw Linda Yesterday," which became a Top 20 pop hit. Reynolds and Lee returned to Memphis in 1964, where they started a production & publishing company that included staff writers Bob McDill and Paul Craft. In 1965, the pop group The Vogues scored a Top 5 hit with Reynolds' composition, "Five O'clock World." (Hal Ketchum turned the song into a Top 20 country hit in 1992, with Reynolds as his producer.)

Reynolds moved to Nashville in 1970 and became a producer and manager for Clements' JMI Records. Over the next three decades, he would preside over the production of high-charting singles and bestselling albums for Don Williams (2), Crystal Gayle, Kathy Mattea, Emmylou Harris, The O'Kanes, and George Hamilton IV. Some of Reynolds' writing credits include Crystal Gayle's "Wrong Road Again," "Somebody Loves You" and "Ready For the Times to Get Better," Waylon Jennings' "Dreaming My Dreams with You" and Don Williams (2)' "I Recall a Gypsy Woman" and "We Should Be Together." During the 1990s, Reynolds produced nearly all of Garth Brooks' hit albums. In addition to producing and writing songs, Reynolds has also been a successful music publisher and owner of the legendary Nashville recording studio, Jack's Tracks Recording Studio. He was inducted into the Nashville Songwriters Hall of Fame in 2000.
Sites:
nashvillesongwritersfoundation.com, allmusic.com, Wikipedia, repertoire.bmi.com
In Groups:
The Jones Boys (2), The Ordinaires (5)
Variations:
Viewing All | Allen Reynolds
A .Reynolds, A. L. Reynolds, A. Raynolds, A. Reinholds, A. Renolds, A. Reynolds, A. reynolds, A.L. Reynolds, A.Reynolds, Alan Reynolds, Alen Reynolds, Allan Reynolds, Allen Reynold, Allen/Reynolds, D. Reynolds, L. Reynolds, L. Runolf, Lee Allen Reynolds, Lee Reynolds, R. Reynolds, Reinolds, Reynold, Reynolds, Аллен Рейнолдс