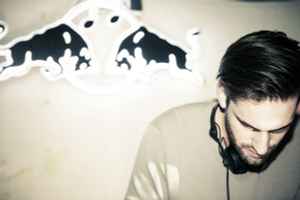 Real Name:
Valerio Dittrich
Profile:
While residing in Scotland, half-Austrian/half-Russian Valerio Dittrich a.k.a MOTSA immersed himself within UK bass/electronic culture. He became a student to the sounds he uncovered in Scotland and found pure inspiration – enough so to write, produce and play his own music, now out of his native Vienna.

Devoting hours of energy to his compositions, Valerio’s aptitude for production has only grown exponentially in the past few years. Although initially inspired by what he heard while living in the United Kingdom, Valerio has not limited himself to solely become a pastiche of a scene for which he has fond memories, but has actively sought out sounds and textures from the vast spectrum of electronic music. This in turn has allowed him to create diverse and unique tracks, which all share a common quality with their bass led, beat driven, soulful and harmonic edge.

MOTSA’s ability to combine his unique artistic flair with the musical diversity he employs, has garnered the attention of several influential figures and tastemakers. International dance icon, Sasha, included “Sleepless Nights” on his August 2013 compilation for Mixmag, Beatport named ‘Untitled’ one of the top tracks of the year and i-D, THUMP, Eton Messy and XLR8R are all included in his surplus of supporters. His collaboration with Sasha however was no one off, and has recently provided remixes for his very own Last Night On Earth.

With his latest remix on LNOE, MOTSA has found himself in the enviable position of being recognized and revered by the like of John Digweed, Adam Freeland, Nick Warren and Maribou State. To say that 2014 is becoming a breakthrough year for MOTSA would be an understatement, and this momentum is likely to continue into early 2015 with the release of his debut EP on the prestigious Southern Fried Records.

This recognition is entirely well deserved, for MOTSA is a musician driven by a desire to convey his serious love for sounds. This passion was in part realised when he was invited to the Red Bull Music Academy Bass Camp in November 2013, and is furthermore conveyed in his live performance. His almost obsessive lust for audience communication and connection shines through in his accomplished sets across Europe.
Sites:
SoundCloud, Facebook, motsamusic.com
Variations:
Viewing All | MOTSA
Motsa