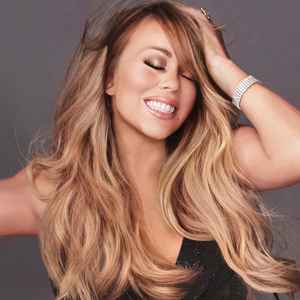 Real Name:
Mariah Carey
Profile:
Mariah Carey (born on Huntington, New York, on 27 March, 1969) is a Grammy Award-winning American singer/songwriter noted for her remarkable vocal range. According to Billboard magazine, she was the most successful artist of the 90s in the United States.

Music critic Jim Farber of Daily News said that Carey has "a range wide enough to cover all the octaves between an alto and a soprano and the agility to move between those roles with swiftness and aplomb", and her vocal trademark is her ability to sing in the whistle register. Carey has cited Minnie Riperton as the greatest influence on her singing technique and from a very early age, she attempted to emulate Riperton's high notes, to increasing degrees of success as her vocal range expanded.

In 2003, her voice was ranked first in MTV and Blender magazine's countdown of the 22 Greatest Voices in Music, as voted by fans and readers in an online poll. Carey said of the poll, "What it really means is voice of the MTV generation. Of course, it's an enormous compliment, but I don't feel that way about myself."

Carey has a Lyric Soprano vocal type. But considers herself an alto
Vocal range: 5 octaves 2 notes and a semi-tone . E2- G#7

Inducted into Songwriters Hall of Fame in 2007.

April 4, 2021
I wonder if MC30 singles will be physically released as a box set?
Reply  See 1 reply Notify me 5 Helpful

September 13, 2020
Can anyone confirm if the MC30 digital EP reissues have been remastered? Thanks! :)
Reply  See 2 replies Notify me 1 Helpful

Mariah Carey will always remain the best of all time for being a Singer, Songwriter, Producer, Composer, Director, Actress, Entertainer, Performer. All her music are indeed timeless and the fact that she has 19 #1 Hits on BB100, 6 #1 Hits on BB200, Artist Of The Decade, Artist Of The Millennium, Two Song Of The Decades of the 90s which is One Sweet Day & 00’s - We Belong Together, Honorary Award, Billboard Icon Award, Songwriters Hall Of Fame Inductee Award, 5 Grammys, 350+ Awards, Longest #1 Record As A Female Artist (Previously held the record as an Artist for 20+ Years) and even had two in America, having a #1 Hit in a span of 4 Decades, First Solo Female Artist to have 4 #1 Hits in one album, First Solo Artist to have 5 Consecutive #1 Hit Singles, having two of the Best Selling Albums Of All Time (Music Box - 35-40+ Million WW, Daydream - 30+ Million WW) 3 Diamond Albums and possibly a Diamond Single soon, selling over 250+ Million Records WW & 150+ Million Records in the US, 1.6 Billion Units sold in Asia, more and more of Mariah’s achievements really proves she is a legend, the Queen Of Christmas, the Queen Of R&B, the Queen Of Songwriting, Etc... all this will be remembered forever in history. Love you forever, Mariah!

December 9, 2019
amazing! she's one of the best voices in the world!
Reply Notify me 5 Helpful

This is the first time i ever heard these remixes and ive been following Mariah since the 90's. Thanks for posting the remixes.