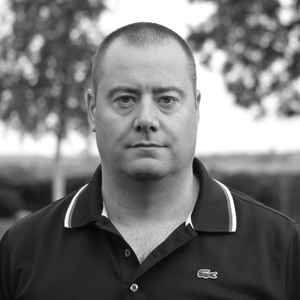 Real Name:
Ron Wells
Profile:
RonWellsJS (known as Jack Smooth) is often credited as a pioneer of Jungle Techno and an early architect of Drum and Bass.

Ron is the creator of Sound Entity Studio, which in the early 90's became a go-to facility for Dance Music producers.

During his career Ron has produced circa 400 dance music records, spanning many genres. He usually focuses on creating his own chord structures and melodies using synthesizers, as opposed to relying on sampling the work of others.

Ron Wells began his career at the age of 17 as a London Pirate Radio DJ in 1987 (Crystal, Medina & WLR radio stations), he then went on to form Wax Factory Productions in 1989.

Wax Factory Productions was one of the first UK dance music labels to deal directly with record shops, by not having a distribution deal. In years to come, Wax factory would earn cult status as an underground UK House and Techno label. Many, to this day, believe that Ron's productions were from the USA, due to their authentic Techno sound.

In 1991 Ron created Sound Entity Recordings to concentrate on forming the Jungle Techno sound he is predominantly known for. Key artists on the label were Smooth But Hazzardous, Hedgehog Affair, Jack Smooth, Floor Filler and 20 Hurts.

In 1992 Ron masterminded, co-wrote and produced Trip to Trumpton with Urban Hype, which became a top 6 Hit (UK National Charts) and held a top 10 position for 3 weeks.
Throughout 1992 to 1996 Ron produced (and on most occasions co-wrote) 42 releases on Basement Records and he quickly took this unknown label to class leading status.

In 1993 Ron formed Smooth Recordings, which oversaw the crossover from Jungle Techno into Intelligent Drum & Bass.

During the same year he also founded Fast Floor Productions in order to focus on adding more compositional structure to the Jungle Techno scene and further developing its transformation into Drum & Bass. In order to experiment further with Drum & Bass Ron Wells formed Earl Grey 1995 which was signed to MCA music publishing and Carl Cox's Ultimatum label.

In 1996 DJ Dr S Gachet invited Ron to join him in producing a 2-hour mix for BBC Radio 1's One In The Jungle show, which was aired in December of that year.

Everything this guy has touched is gold in my opinion, the engineering & quality in his tracks are second to none! The true meaning of pioneer