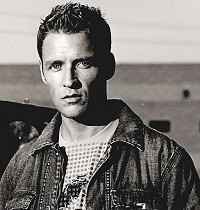 Adam F built a stellar reputation in the hiphop world as a musician and a producer upon emerging in the late '90s. Many in the hiphop and rap communities believe he has the potential to become a master producer like Dr. Dre. By age 15, F was a fan of of early U.S. hiphop and British electronica acts. His melodic sensibilities were sharpened by his love of Lalo Schifrin, Quincy Jones, Bob James and jazz-fusion in general. F developed his skills as a keyboardist and, by the early '90s, he was studying the drum 'n bass foundations of hiphop, electronica and techno. He signed to EMI in the U.K. and his 1997 debut album Colours featured the top 20 hits "Circles," "Brand New Funk" and "Music in My Mind." Colours won a Music of Black Origin (MOBO) award in the U.K. as best album. After an 18-month tour with a live band, F proceeded to further trek the globe as a DJ for other artists like Goldie and Jumping Jack Frost. Some of his demos made their way to Def Jam Records, who passed them on to LL Cool J. The rapper immediately loved F's tapes, and he had Adam F. produce "The G.O.A.T." on 2000's G.O.A.T. Featuring James T. Smith: The Greatest of All Time, his first number one album in the U.S. Soon, F started working with the likes of Missy "Misdemeanor" Elliott and Lady Luck. Re-focusing on his own career, he spent 18 months recording his 2001 album, KAOS, which includes his own version of "The G.O.A.T." and the anthem "Smash Sumthin'," featuring Redman. The recording of KAOS was also filmed for a documentary.

June 12, 2018
i happened to randomly chat over a cup of coffee with the guy in 2017 down london when i went to pick up a box of tunes from a guy, he just so happened to be there, sorry if me and your buddy woke you from the next room, we just had to bang out the records seen as i was purchasing a bunch of e'm. seems a decent fella. a memorable day indeed for me as it was out of my comfort range zone.

April 16, 2018
Waking up to this guy's show on kiss fm was fucking mental, pure madness from breakbeat kaos.

I had the privilege to meet Adam F the last week during his Brazil-Argentina tour where he played on FFWD (Fast Forward), among other events. This very intelligent nobleman with deep music background had at least two distinct moments on his career: the first one being the "Brand New Funk" era which took place until 1998 (mostly between 1995 and 1998, brilliantly exemplified on 'Colors' LP, which also had "Circles", "Dirty Harry" and "Music In My Mind") where his music was a blend of sophisticated elements including the most pure Jazz-Soul-Funk influences (and equipment) with the innovative Drum n' Bass sounds of that time; and the second one on the two thousand decade where he became a well-known icon and released more accessible sounds.
All his releases between 1995 and 1998 are golden and absolutely deserve respect, first of all because he was a rare case on the Electronic scene of that time that acquired the old original equipments used by genius such as Lalo Schifrin, Chick Corea and Bob James (such as the original Fender Rhodes 73, a Clavinet with a Wah Wah pedal and a Wurlitzer). Knowing Adam F's discography is like an invitation to discover the World of Music.