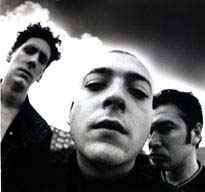 Profile:
Formed in 1995, DCFC have occasionally been referred to as "the most underrated British rock band of the 90's". Beggars Banquet released their two albums and a number of singles / EP's before the group disbanded in 1999.