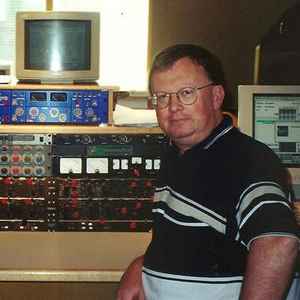 Profile:
Chris Blair joined Abbey Road Studios in 1969 as a Tape Operator when he worked on sessions including Joe Loss, Ken Dodd and Des O’Connor. After a request to ‘help out’, he was asked to be a tape operator on The Beatles’ Abbey Road album, recorded that summer. Chris then moved into disc-cutting, first producing acetates before moving on to mastering singles, albums and CDs.

In 2001, Chris was honoured when Radiohead’s Kid A album won a Grammy Award for Best Alternative Album. Other award-winning projects have included Sting’s Brand New Day (Best Pop Album, Grammy Award 2000) and Travis’ The Man Who (Best Album, Brit Award 2000). Chris also mastered many of the Now That What I Call Music and Best In The World Ever compilation series.

May 8, 2021
Thanks for Viva Roxy Music.
The 1976 UK first pressing sounds wonderful so a big belated thank you to Chris Blair.