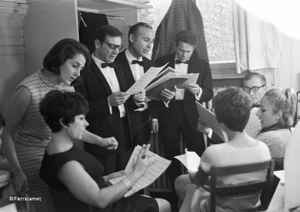 September 6, 2019
Aren't The Swingle Singers performing "South American Getaway" on Bacharach's soundtrack for "Butch Cassidy and the Sundance Kid"? They are not credited on the LP.
See 1 reply