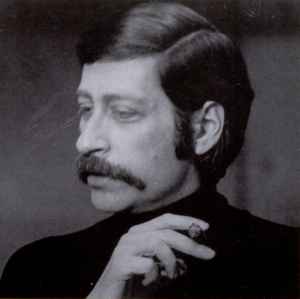 Profile:
American jazz record producer, born 1932.
Schlitten founded the label Signal (3) in 1955 alongside Harold Goldberg and Jules Colomby. His credits for Signal included work with Duke Jordan, Gigi Gryce, and Red Rodney. Signal was sold to Savoy Records in the late 1950s, and after this Schlitten worked as a freelance producer through the 1960s, including at Prestige Records.
At Prestige, as vice president, Don was both art director (photographer and designer), in charge of all album covers, and recording director of the jazz division. He also created the Prestige Historical Series and was responsible for the Lively Arts series as well. After a ten years association, Don's collaboration with Prestige ended in 1971.
In 1972 Don and Joe Fields co-founded Cobblestone Records, producing Sonny Stitt and the Newport Jazz Festival 1972 releases from the label. He and Fields also worked together at Muse Records and Onyx Records (3).
Fields and Schlitten ceased working together in the mid-1970s; Fields continued at Muse, and Schlitten founded Xanadu Records in 1975, where he produced Barry Harris, Al Cohn, Charles McPherson, and many others. He also oversaw the reissue of many early bebop sessions.
Sites:
Wikipedia
Variations:
Viewing All | Don Schlitten
Don Schiltten, Don Schlitton