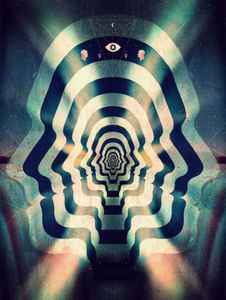 June 9, 2017
Virtual is his own label and Ishq his main project among numerous projects and collaborations.
His most established release has been Orchid back in 2001, but he had already made a deep impression with Alien Mutation/Indigo Egg, his collaboration project with Jake Stephenson, years before.

His music styles extend on ambient, ambientrance, psy-chill, or oftenly a blend of these with new age/tribal elements & nature recordings, creating deep soundscapes and thus verifying the description as «harmonic music frequencies encompassing heavenly atmospheres» and «sonic imaginary worlds for the all seeing eye».
The result is spiritual, nonetheless. It mostly appeals to these who feel the need and appreciate to relax deeply and to submerge inwards, into their being, inspired to dream or meditate, inspired by the themes and concepts as well by the visual presentation which is a unique visionary blend of naturalism, geometricism, futurism, archaism, abstractness, to the source of forms.

He is one of the few artists that has maintained a good flow of inspiration in his productions and it has been quite thoughtless the criticism that after Orchid his music lacks of innovation or substance.

Most of his releases can be mentioned here as special, and these are not few, among others, Infinite Garden, Visions of Surya, Sama, Sanyasin, Lyght, Vuunayatu, Waterbound, Pure Land.

The only thing i can wish is that Surya and Saraswati bless him always with inspiration & light.