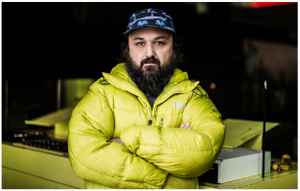 Real Name:
Atanasios Christos Macias
Profile:
Ata started in the late 80s as a DJ in Frankfurt/Main in the rising German house- and techno-scene and played in many clubs in the town and around. At the same time he worked together with Heiko Schäfer aka M/S/O at the Boy Recordstore in Frankfurt. In 1992 both founded the "Delirium" record store, the leading German store for electronic music in the mid-90s. The shop was also the office for their three labels. In September 1993, Ata started Ongaku Musik, Klang Elektronik and Playhouse together with Heiko. With the development of the Playhouse label in particular, he influenced the German and worldwide electronic music scene. Together with Heiko Schäfer and Jörg Henze, he was also DJing through the German club scene as the Delirium Posse (the guys from the Delirium record store) or Heiko & Ata, Ata & Jörg (or Heiko & Jörg).

Beside his DJ-activities he founded the first 'real' clubnight in Frankfurt for modern house and deep-house - the Wild Pitch Club at the Nachtleben-Club. In 1999 he opened the Robert-Johnson club in Offenbach near Frankfurt. Through the DJ´s he booked, his own DJ-sets and the development of the club itself, he turned the Robert-Johnson into one of the most important clubs worldwide for electronic music, what he still is these days.
Sites:
robert-johnson.de, ampyourself.de, Facebook, Wikipedia
In Groups:
Delirium Posse, Killerloops, Ongaku, Springrolls In Firenze
Variations:
Viewing All | Ata
ATA, Ata Hei, Ata Macias, Ata, "der Arzt", DJ Ata