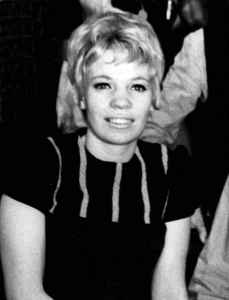 Real Name:
Eliza Janet Thomson
Profile:
Scottish solo artist, and session singer. She began her career in the early 1960s, and had a string of releases with Decca, and Columbia. However, she received very little in the way of chart success; the only one being 'Come Away Melinda' in 1965, which reached no.47 in the UK. Though much of her music would later became popular amongst Northern Soul enthusiasts.

In the 1970s, St. John moved into session work where she found much more success, appearing with Pink Floyd, Elton John, Kevin Ayers, Rick Wakeman, Long John Baldry, and Ralph McTell, to name but a few.

October 21, 2021
This fabulous singer needs everything she released reissued.. like now!