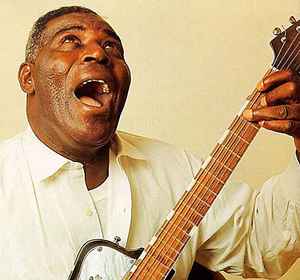 Real Name:
Chester Arthur Burnett
Profile:
Blues singer, guitarist, harmonica player. A key figure in bridging the early Delta Blues with the more modern Electric Blues. His tutelage on the Mississippi Delta included guitar and showmanship from Charley Patton and harmonica teachings from Sonny Boy Williamson (2). By the end of the 1930's he was a fixture on the Southern Club scene. He was inducted into the U.S. Army on April 9, 1941 and discharged on November 3, 1943. He then moved near West Memphis, Arkansas. In 1948 he formed a band which included guitarists Willie Johnson (4) & Matt "Guitar" Murphy, harmonica player Little Junior Parker, and drummer Willie Steele (2). In 1951, Sam Phillips (2) recorded several songs by Howlin' Wolf at his Memphis Recording Service, and he became a local celebrity. After Leonard Chess secured his contract, The Wolf relocated to Chicago in 1952. It was in Chicago that his legendary status was secured. Playing with prominent blues musicians such as Willie Dixon, Jimmy Rogers and his longtime guitarist Hubert Sumlin, his everchanging lineups remained stellar thanks in part to Burnetts' admirable policies of paying his musicians well and on time, even including unemployment insurance and Social Security contributions, basically unheard of among his peers. Over the years many of his songs have been interpreted by rock bands, including "Little Red Rooster", "Back Door Man", "Killing Floor", & "Spoonful". Howlin Wolf, with his Memphis and Chicago recordings, his status and influence, surely is one of the vital links between Blues and Rock.

March 26, 2016
Moanin' in the Moonlight and Rocking Chair album. The older the better for The Tail Dragger. RAW, PURE.