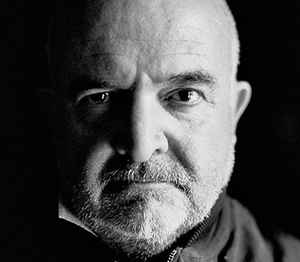 Peter was the youngest in a large family living in Wimbledon and later Durham. He went to school at Chorister School and Quaker co-ed boarding school at Ackworth. After complete his A levels in sciences, he attended State University of New York in Buffalo for one semester where he studied fiction writing, computer programming, theater design and video. He returned to London in the summer of 1974 and right away started working with the design team Hipgnosis. Starting off as a junior assistant, he later became a joint partner in Hipgnosis. After Hipgnosis ended in 1982, he became a full partner in Greenback Films along with Storm Thorgerson and Aubrey Powell.