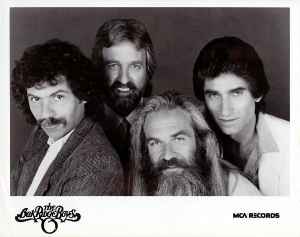 Profile:
The Oak Ridge Boys is a country and gospel group that is based in the United States.

October 19, 2016
After the Oaks hit it big as country artists (or, at least, billed as such...) various labels flooded the market with compilations of their earlier gospel recordings and continue to do so. Many of the releases filed under the main album section fall under this category.