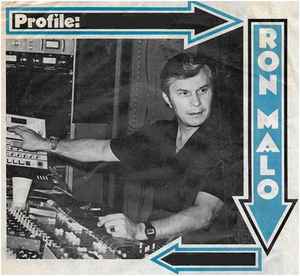 November 3, 2009
In 1958, Chess took over the studio directly and hired Malcolm Chisholm, who had been the engineer for a considerable number of recordings for Chess when the company was recording at Universal, as sound engineer. When he left, he was replaced in 1960 by Ron Malo, who stayed with the studio until its demise in 1975. Malo upgraded the studio and ran the sound into dual echo chambers in the basement. Almost all the Chess artists were recorded with echo, sometimes to excess. Among the legendary blues and rock ’n’ roll artists recorded in this studio were Muddy Waters, Sonny Boy Williamson II, Howlin’ Wolf, Chuck Berry and Bo Diddley. The company also built an impressive jazz series, and recorded such artists as the Ramsey Lewis Trio, Ahmad Jamal and Sonny Stitt.

Malo supervised the engineering at recording sessions for most of the company’s artists, which by the 1960s meant primarily soul artists: Etta James, the Dells and Billy Stewart, for example. Malo was also the engineer for many sessions with outside artists. In June 1964, for example, the Rolling Stones, seeking to emulate the sound of their legendary blues heroes, came to Chicago to record at the Chess studio; the studio produced half of the tracks on their LP, 12X5, one of the songs on which was titled in tribute ‘2120 South Michigan Avenue.’ The Rolling Stones subsequently recorded about 20 more tracks at Chess during 1964-65, and in 1965 the Yardbirds record ‘I’m a Man’ there. By 1965, the studio had changed its name to Ter-Mar Recording Studio.
Andrew Oldham) didn't know anything about blues. The cat who really got it together was Ron Malo, the engineer for Chess. He had been on all the original sessions. We did Confessin' the Blues, Down the Road Apiece and It's All Over Now.
- Mick Jagger, 1968
The methods of recording in England and America were completely different. The only people you could use over here were Bill Fowley at Regent Sound and Glyn Johns, if you could get hold of him. The big trouble with recording in England was that for a rock group the studio acoustics were so bad because you couldn't play loud. When we recorded at the Chess Studios in Chicago, we had Ron (Malo), the guy who engineered all the Chuck Berry, Bo Diddley and Howlin' Wolf records. He knew exactly what we wanted and he got it almost instantly.
- Bill Wyman, 1972
These search terms are highlighted: Ron Malo Chess Records
12 X 5
Died: Aug 14, 1992 in Los Angeles, CA