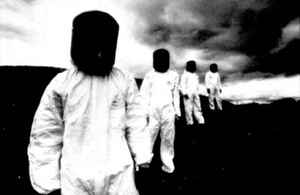 Profile:
While the line up of Elecktroids has been debated at length amongst the electronic music community, and it is known that the project involved a member or members of Drexciya, the exact membership is unclear.

October 27, 2021
I could be completely wrong but to me this sounds like either it's James Stinson alone, or working with others (including Gerald Donald, Aux 88 etc). It doesn't sound like it's simply Drexciya under another name.

Has their been any evidence either way about who was involved in this? Are the four members on the cover a misdirect?
See 1 reply