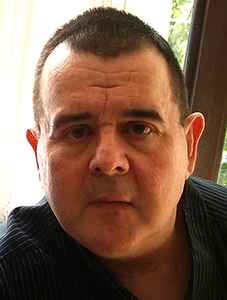 January 21, 2011
Only a few words about this great "maestro" of Hi-Nrg ,without him and his hi-nrg records and labels the hi-nrg sound wouldnt be the same , mostly of his produced records is only to describe as Fantastic, from the base,to the melodic sound , synths and the arrangements, great work!
I like every record wich was produced from him!!!!!
See 1 reply