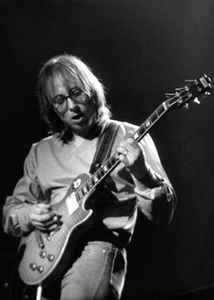 British guitarist and member of the progressive rock band Gentle Giant (1970-1980). Unlike most of his peers, Green had a more "blues" based way of playing the guitar and like his band mates he was also adept in other instruments, including mandolin and recorder among others.